Hi! My name is Ken. I'm going to periodically write about running, writing, and a number of other topics. Please feel free to read my posts and provide your comments. If you have a question about any topic, leave a message and I'll try to help you get the information you're looking for. Thanks for stopping by. I hope to see you again soon.

With 19 games left in the regular season, I wrote the previous post projecting how I thought the UCONN Men's basketball team would finish the regular season.  So far I have been spot on. They won the last three games against subpar teams ECU, UCF, and Tulane and lost the other three games to Wichita State, Tulsa, and to Memphis tonight in an embarassing way despite Terry Larrier being sidelined. That brings their record to 10-8 overall and 3-3 in the AAC. With 13 games left and match-ups with Villanova and SMU in the next ten days, things aren't looking too good.
I'm going to get real specific and say that UCONN will again beat UCF and ECU and then USF.  They will then beat Houston and possibly Temple at Gampel to end the regular season at 15-16. But there's a distinct possibility that they will only win three more games, period, which would be the worst season in the last 30 years. If this were to happen, they would finish with a woeful record of 13-18.
If you read articles in the JI lately, you would think the team has turned a corner and is improving. I don't see it that way.  Regarding Coach Ollie, I don't understand why he doesn't call more timeouts when teams are making runs. Tonight was a perfect example. Memphis had a couple of runs and he just sat there and let them run the score up. I was wondering if he had gone to the bathroom at one point.
Again, I hold out hope that the team with magically pull it together and prove me wrong. Oh, how I wish they would do that.
Posted by Read/Write/Run at 11:58 PM

Your comments are appreciated! 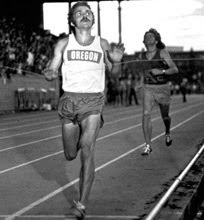 Believe in yourself, despite what others say.